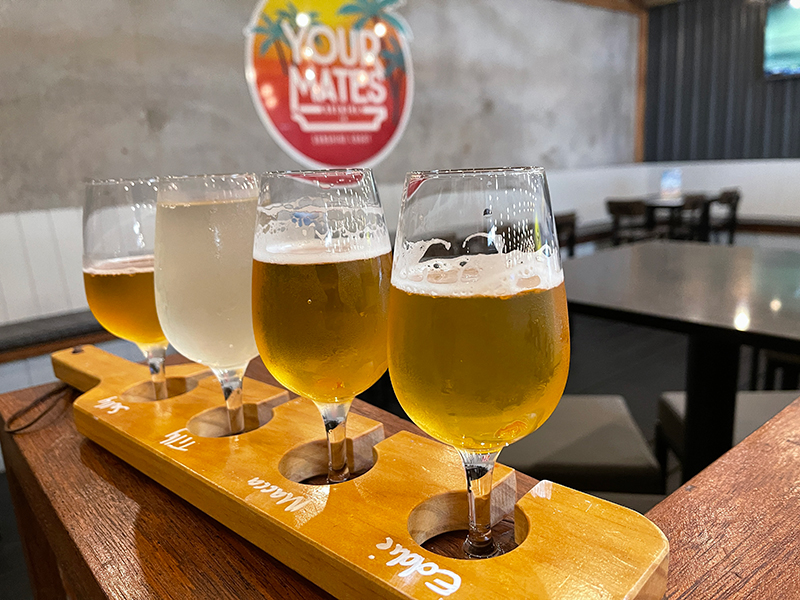 In 2019, Your Mates Brewing Co. was voted the best new brewery in QLD. This was an achievement we were chuffed about considering how many great breweries had been popping up over the years in our awesome Sunshine State. Months later, the Australian public voted Larry as the fifth best beer in the entire country… We were completely blown away. Larry, which was only available in South East Queensland at the time, was voted to number five. This was the moment we knew that we had created something that was bigger than us, an authentic beer brand that every Australian could relate to.

All hail the King! Your Mates Brewing has released their seasonal brew which comes out every year, King Donnie. He has been aged in a rum barrel and has a whopping 8.5% alcohol content.

Larry continues to grow in popularity and was the first brew ever made for Your Mates Brewing in 2013. In 2019 the Australian public voted Larry as the fifth best beer in the entire country. Other sampled beers were Macca, Eddie, Sally & Tilly which were very flavoursome.

“Sally is very smooth for a 6% ABV beer, with no hint of an after taste,” said Ben Dobson, MRGC Operations Manager.

1 review for “Your Mates Brewing”