Having a Chat with Lyndal Krupa 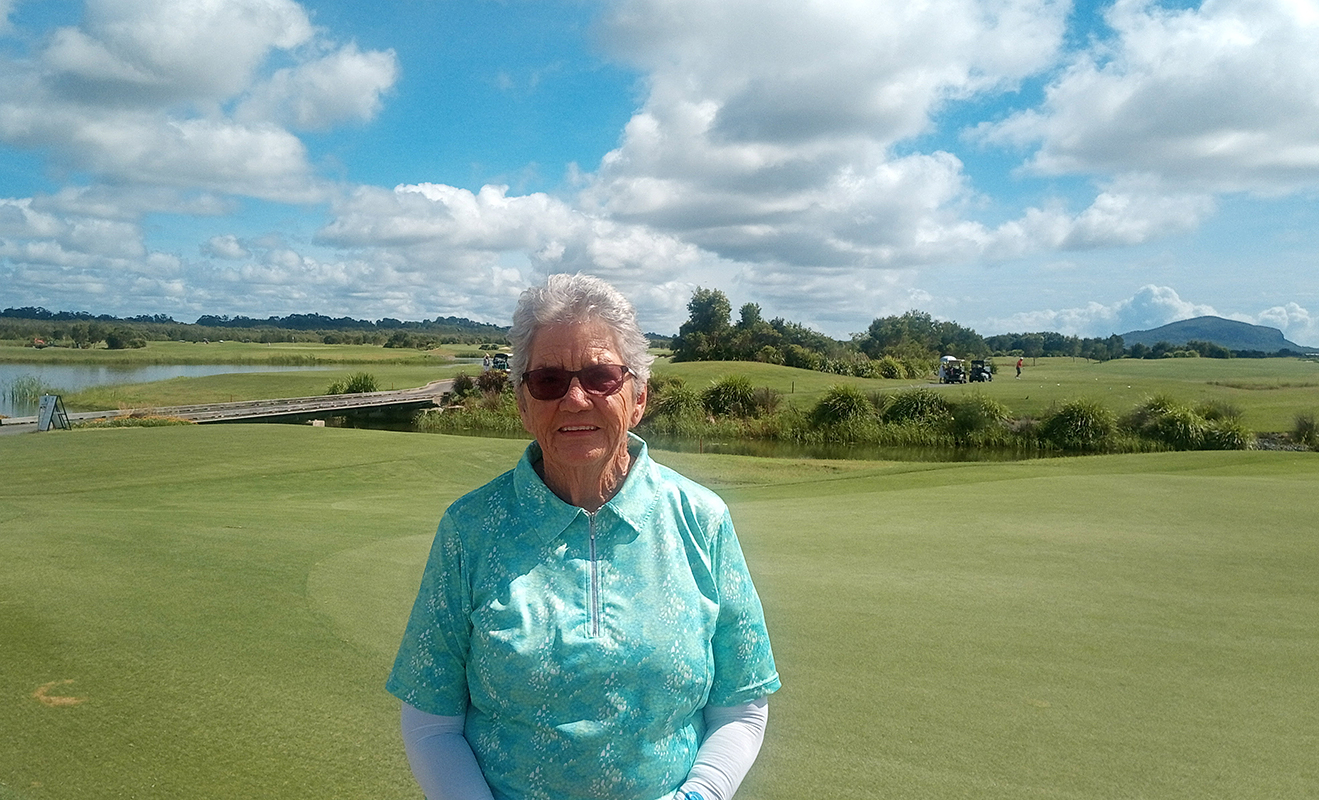 08 Mar Having a Chat with Lyndal Krupa

Posted at 09:53h in Having A Chat by admin-maroochy
Share

Hi, Lyndal, how long have you been a member at Maroochy River Golf Club/any other clubs?

I have been a member of Horton Park and Maroochy River since 1991. I originally started my golfing years on the sand greens of Cloncurry and later in Sydney at Kogarah (where I had my one and only hole in one) and Carnarvon. I was Ladies Captain at Horton Park for three years 1995/98 and again for four years 2005/09. A most rewarding experience. In my second term I was also a member of the Board.

Working or retired? What was your main career?

Retired. My husband and I owned shoe shops in Sydney for 20 years.

Where do you live now, and why?

I live in Immanuel Gardens Retirement Village. I decided I needed to be somewhere I could go into aged care if the necessity arose. So far I live alone in an Independent Living unit. It’s a great place to live and three (and soon four) Maroochy River members live here too. I am chairperson of the village committee.

Best golfing memory…. A special game, someone you played with, somewhere you played?

I won the Queensland B Grade Championship at Caloundra in the 1990s and by coincidence my sister Heather who was a member of McLeod in Brisbane won the same event a few years earlier.

Do you travel much, if so, when/where/how would you recommend family & friends should go?

When I was in my twenties, my husband and I travelled around Europe for 12 months and attended the World Cup Soccer in London in 1966. We also travelled in Asia and America. Since my husband died in 1993 I have spent two months every summer in New Zealand. This year is the first year I have missed out on my annual pilgrimage. I would definitely recommend travel to New Zealand!

What is the most useful/useless talent you have?

Probably golf!! I am not very talented these days although I still enjoy the game, our beautiful course and the camaraderie of my fellow members.

What is your favourite food/meal?

Thoroughbred racing. Along with my sister who is an owner of a thoroughbred stud in New Zealand I bred and owned a horse which won the Sydney and Brisbane Cups. His name was Just a Dancer and he was a lovely horse. He raced twice in the Melbourne Cup and was favourite in his first attempt but missed out on the winner’s circle both times. It was a great thrill to attend the Melbourne Cup as an owner.

And finally, any ambition yet to achieve?

Not really. Except to start playing golf better!

Thanks for taking the time to “have a chat….”.