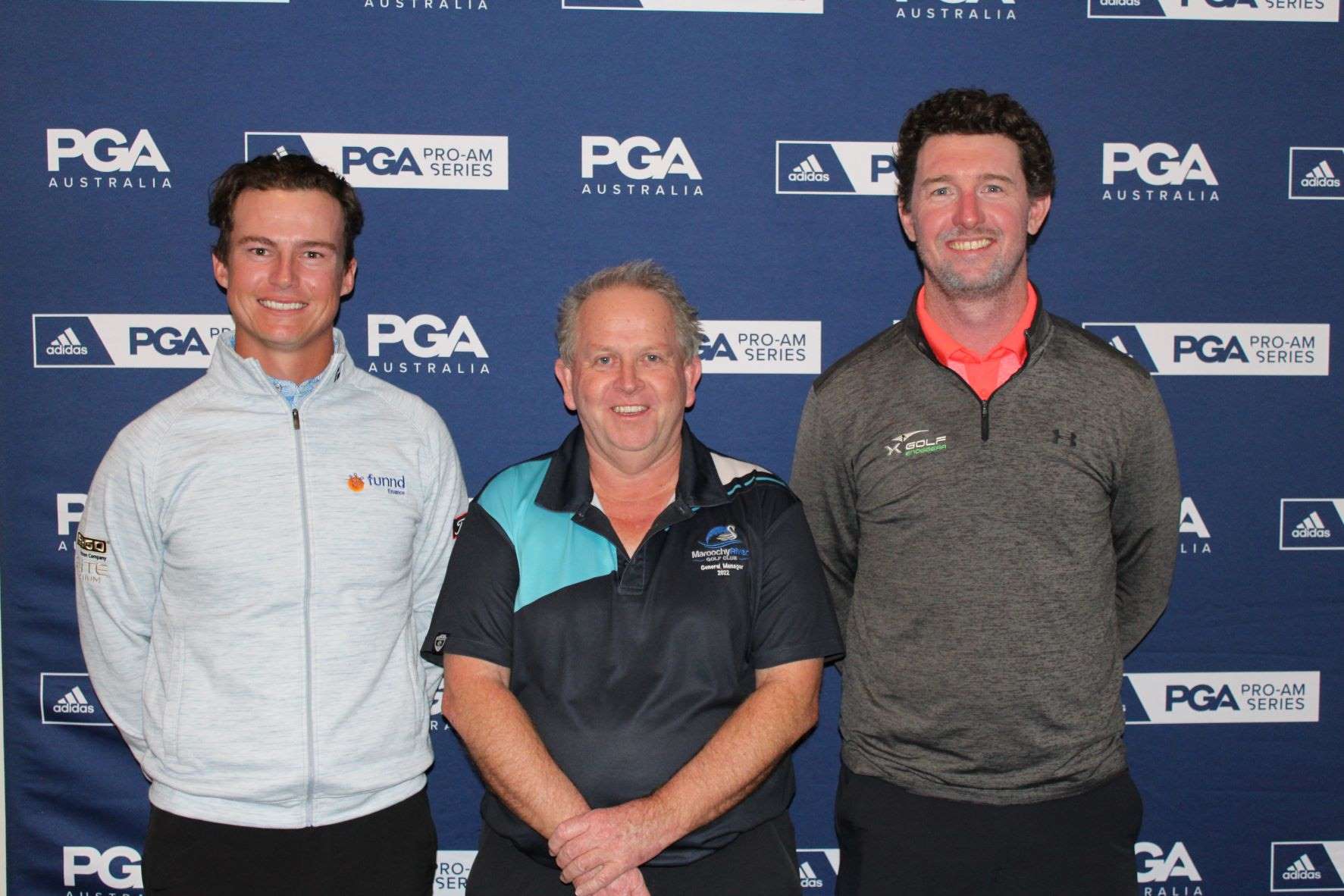 Posted at 13:55h in Golfing News by admin-maroochy
Share

The Maroochy River Golf Club layout continues to mature with each passing year and the combination of rain earlier in the week and greens offering a pure roll ensured that players would need to go low to contend.

Fourteen players would end the day under par but it was McBride and Rankin (pictured with Maroochy River Golf Club GM Charlie McGill) who went lowest with rounds of seven-under 65, both doing the majority of their heavy lifting on the inward nine.

Starting from the ninth tee, McBride rebounded from a bogey at the par-4 10th with six birdies in his next seven holes while Rankin had an eagle and four birdies as he completed Maroochy River’s back nine in six-under 30.

“It was a nice day out there and I had such a fun time with my playing partners,” said McBride.

“I thought the course was presented great and the greens rolled even better.”

The 2019 NT PGA champion, Rankin has won three adidas PGA Pro-Am Series events already this season and looks to be building towards the big summer of golf ahead.

“I’m looking forward to these next events and the Tour events at the end of the year.”

Tim Hart and James Marchesani shared third spot with fine scores of five-under par 67 as Peregian Springs Teaching Professional Katelyn Must was tied for fifth courtesy of a four-under par 68 in the morning field.

Recently selected to represent Australia at the Women’s PGA Cup in New Mexico in October, Must birdied two of her final three holes to finish alongside Chris Wood three shots off the lead.