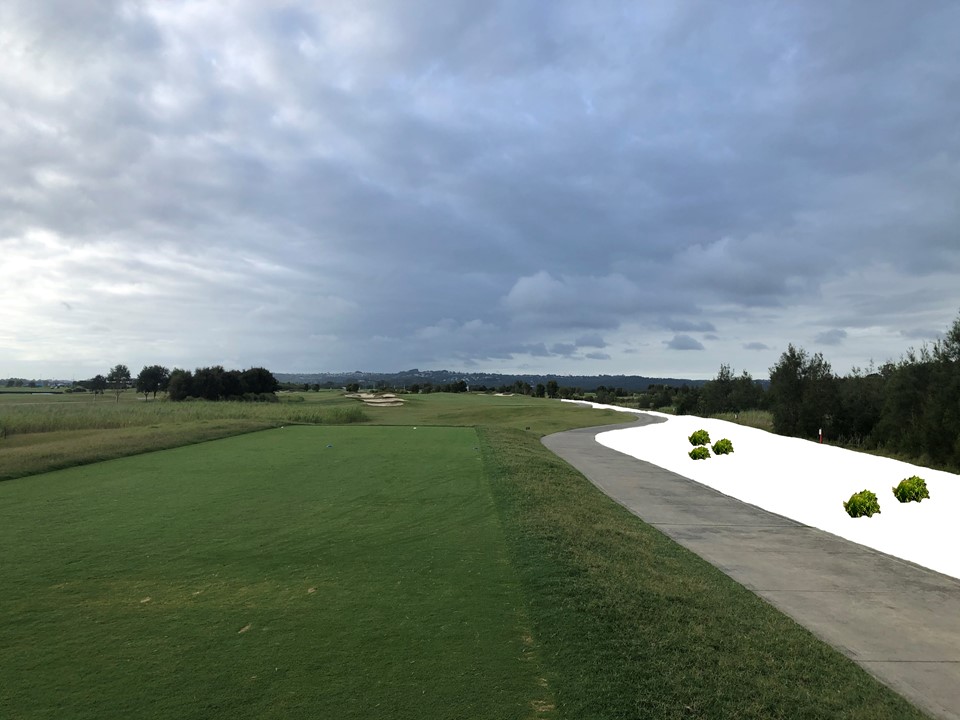 Posted at 20:17h in Course by Charlie McGill
Share

As you would have noticed over the years since we moved to Bli Bli, the one area of the course that we continue to have issues with is the areas to the right-hand side of the cart paths on holes 6, 7 & 8.

The main issue if when we have heavy rain or king tides, and the water comes from the Maroochy River through the conservation area and onto these areas.

The fine grasses we use on the course do not like salt water and dies within a few weeks of the inundation leaving large areas of bare patches.

Apart from the fact that they look terrible the other issue is that these areas are predominantly in the landing zone and the balls have a tendency of running straight down the slope and into the penalty area due to the lack of grass.

We have been looking at ways of dealing with this issue, there are some grasses that are salt tolerant (to some extent) but they are not always successful.

We have had discussions with Richard from Richard Chamberlain Golf Design about making these areas into waste bunkers, Richard believes this is a good idea and will make the areas a lot neater and should also stop the balls that just run over the path before they get to the penalty area, yes you will have a shot out of sand but at least you should not lose your ball.

As you would have seen, we have recently dumped a large quantity of sand behind the 17th green, this sand came from a site in Peregian, we were lucky to acquire the sand free of charge, all we had to pay for the transport to get it here which resulted in a huge saving for the club.

Below you will see some very rough pictures of how it will look when finished. We envisage that we will start with a couple of trial areas on 6 & 7 sometime next month using our existing staff and machinery while the grass is not growing so fast. 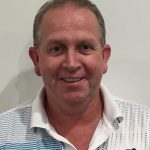 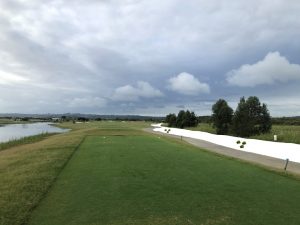 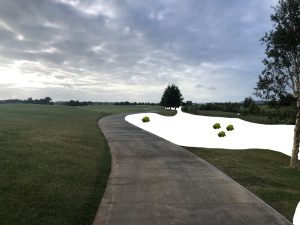