The Ultimate Games Room: The Bunker opens at B by Halcyon 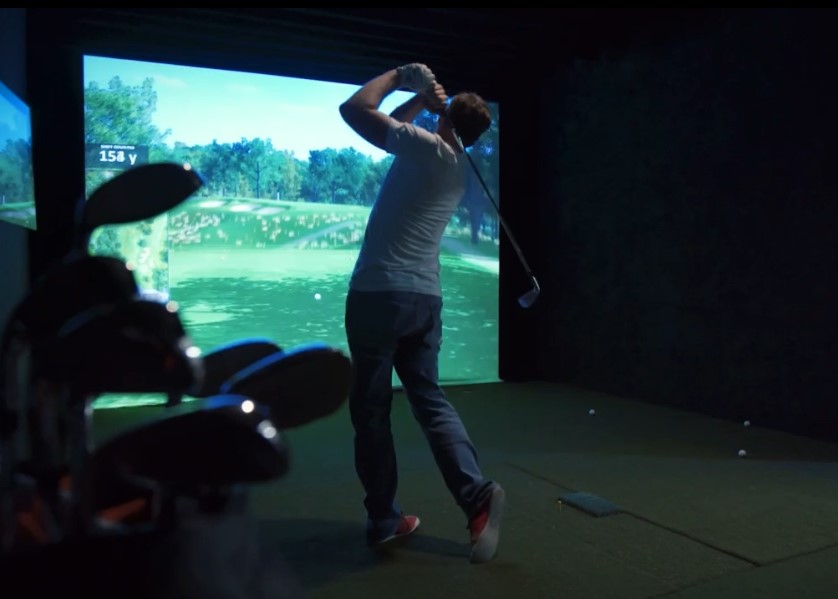 13 Aug The Ultimate Games Room: The Bunker opens at B by Halcyon

B by Halcyon’s Health and Wellness Precinct features the ultimate games room, which includes a 4K golf simulator, which is the centrepiece of the new function space.

The Bunker is the first piece of B by Halcyon’s leisure facilities, which was officially opened at the community recently and featured on a local news bulletin.

Channel 7 Sunshine Coast covered the Launch of Stage 2 of the community, the Canopy Release, which was held in the new event space.

The room has been finished with a modern take on a den and has an industrial feel with a fully functional bar, card and gaming tables, pool table, arcade games, dart board, lounges, an entertainment space and a 3D golf simulator.

“For the golfers, and we have a lot of them, it’s the opportunity to play courses such as St Andrews, Pebble Beach and Gleneagles – albeit virtually.”

Chris said for the non-golfers, the system has also been programmed for other bar games including beer pong, darts and cornhole.

“We’ve built this space as the ultimate games room for grown-ups,” he said.

“It sets the scene for the rest of B by Halcyon’s Health and Wellness Precinct, which is on track to be delivered in May this year.” 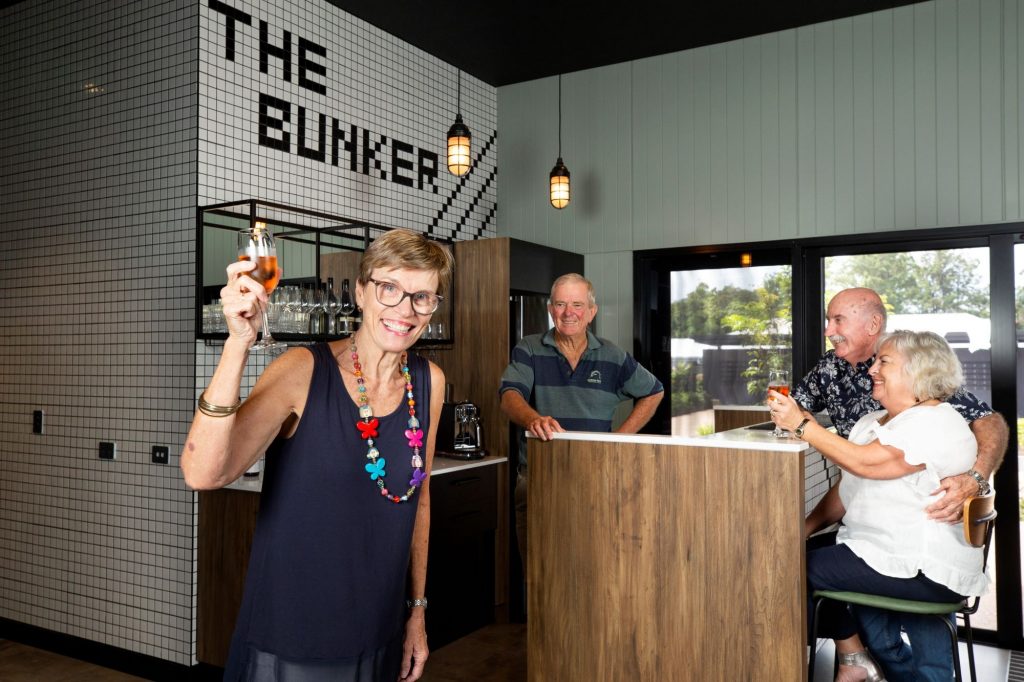