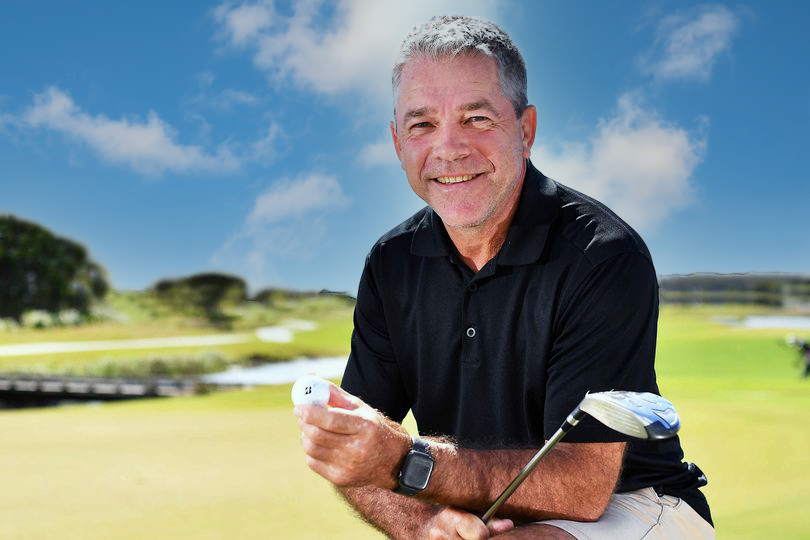 Posted at 17:41h in Competition, Members by admin-maroochy
Share

He’s won a World Cup for Australia in Masters hockey and carved an impressive international career as a civil engineer, but for Shane Gesch there’s never been a thrill to equal scoring an albatross at Caloundra this week.

Shane, making a rare appearance with the Monday Club, smashed a drive down the middle of the fairway on the 490m par five 14th hole, then decided to go for the green 205m away with a three wood. He hit the shot beautifully, saw the ball land on the green just to the right of the flagstick, then lost sight of it as it rolled forward.

“I think it might have gone off the back,” he said and, when he reached the green, he began looking for the ball behind the green. When Shane couldn’t find it, his playing partner, Greg Sulzberger, said: “Wait a second. I’ll have a quick look in the hole.” And there it was – Shane’s Bridgestone No 3, a ball he’d found in a patch of thick grass just off the fairway two holes earlier.

His five-point albatross wasn’t enough to give the four-handicapper a winning score for the day – but it generated gasps of admiration from his fellow golfers.

“That’s a first for the Monday Club,” Rigger declared, who promised Shane at least a six-pack of beer for his remarkable effort, once Covid regulations allowed presentations.

Dean Knuth, inventor of the slope rating system for golf courses and handicaps, calculates the odds of an albatross at one million to one, though some experts rate the chances as high as six million to one. A person is 10 times more likely to be struck by lightning than to score an albatross.

But, remarkably, Monday’s albatross was the second for talented Shane, a Maroochy River member, who achieved the feat two decades ago at the par five 14th at the old Horton Park course in Maroochydore.

Congratulations Shane on this extraordinary achievement and thank you to Peter Owen for sharing this great news with us.