Having a chat with John Wright 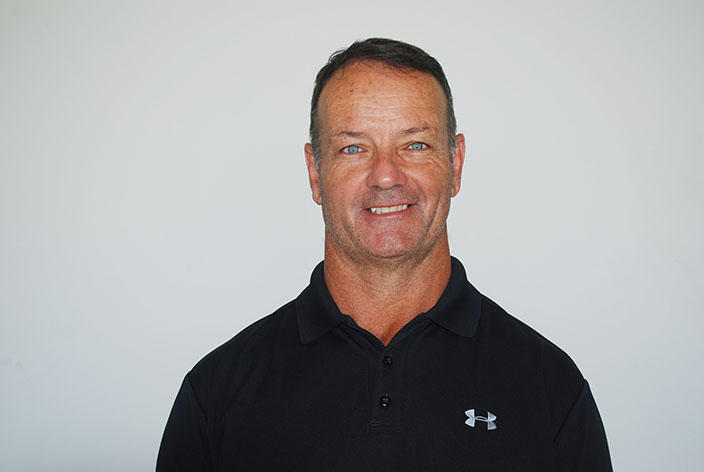 29 Oct Having a chat with John Wright

Posted at 12:49h in Corporate, Uncategorized by admin-maroochy
Share

Hi, John, how long have you been a member at Maroochy River Golf Club?
I joined the Teaching team in July this year.

How long have you been a coach & where?
I have coached since 2004. Peregian Springs, Bairnsdale Victoria and Yamba GC the last 11 years.

What do you enjoy most about coaching?
Creating an understanding between myself and the student on how we can achieve. The swing technique is one thing but there are many other areas that can make us a better player.

Where do you live now, and why?
We bought a nice acre and a half up in the hills in a rural area called Dulong, just west of Nambour. My wife and I have always wanted a small property to enjoy. We have definitely created more work for ourselves but really enjoy the outdoors up there. The tranquillity is something else around the fire pit at night with, of course, a cold beer.

Best golfing memory…. A special game, someone you played with, somewhere you played?
2 memories stand out. I’d say not so much in order would be, travelling to Barnbougle, Lost Farm Golf courses in Tasmania February 2020. Myself and our 2 sons travelled together for the youngest 21st birthday. We played Barnbougle on his birthday and he shot 3 under which was great for him. He won the money that day. Then the next day at Lost Farm the older son who was 23 at the time shot 7 under, again I lost the money. Fantastic Trip, highly recommend it for any golfer.

And the other special game was Pre-Qualifying for the QLD PGA Championships in Toowoomba in 2020. I was 52 and pretty much past my use by date in regards to that standard. I was told, and heard, that it was a waste of time trying. I knuckled down and got my mind game where it needed to be and Pre- Qualified, then played great in the first 2 rounds to miss the cut by 1, with more rain and storm delays than I’ve ever experienced. The mind is a secret weapon when you use it correctly.

Do you travel much, if so, when/where?
Outside golf, I love the East Coast of Bali, away from the mad house of Kouta on the West Coast. When allowed I will be defiantly going back with friends again. I spent 6 months twice in the Nth of the UK when I was 18, up in Lancashire playing League cricket. Great people up there.

What is the most useful/useless talent you have?
I wanted to be a builder when I was leaving school. Unfortunately the building game was on its knees in the mid 80’s so there were no apprenticeships being offered. I am pretty handy with my hands and have built a work bench, shelving, constructed a brick seat around the fire pit and laid 3 cubic meters of concrete in my shed at Dulong. Even Sean, our Club Pro agreed it was an OK job, LOL.

I came from a family of School Teachers, my dad said I was useless at Maths when at High School, it was pretty much that I didn’t try hard enough. I think to achieve, you need to be at least interested in the task at hand.

What is your favourite food/meal?
I love the food at WOKBOI in Mooloolaba. My son and his girlfriend live 5 minutes from there and it’s so good. Could eat there every night.

Any other sport you play or follow?
Coming from Victoria was always AFL. Played in 6 Senior Grand Finals winning 3, that was fun but my knees are now struggling. I played 1st Grade cricket for Nth Melbourne when I was 19yo for 2 seasons. I opened the bowling and batted 11. Sport was all you had growing up in the 80’s, no phones or PC’s.

And finally, any ambition yet to achieve?
Ambition – I play when I can on The Legends Tour here in Aust. I would like to win on that Tour soon, and would like to Pre-Qualify for both the British Senior Open and the US Senior Opens. Be fun I’d say.

Besides that, just to show the golfers in the area that you can achieve if you go about it the right way. Cover all bases is the key.

Thanks for having a chat John…..

Having a Chat John Wright