How a Brisbane accountant tamed the Black Swan 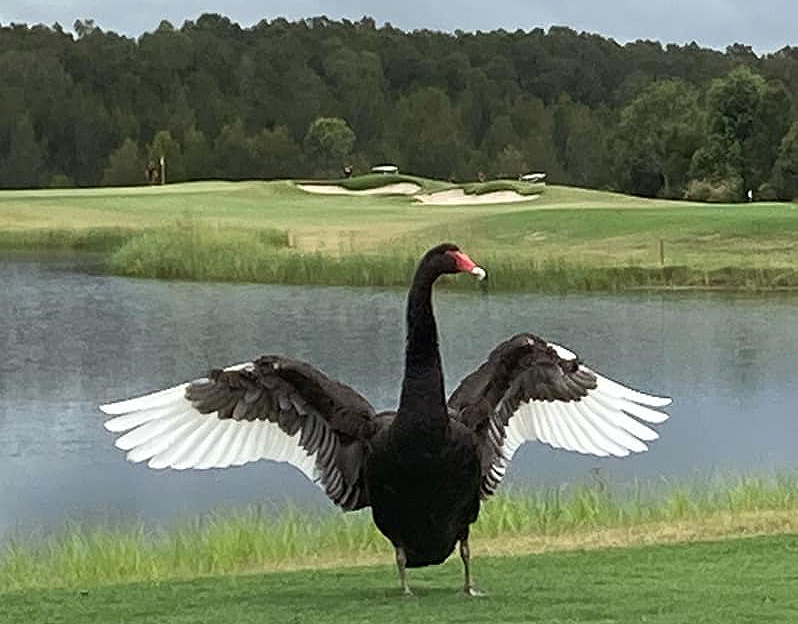 11 Feb How a Brisbane accountant tamed the Black Swan

Posted at 16:30h in Competition, Members by admin-maroochy
Share

ANYBODY who has ever played in Maroochy River’s Black Swan competition, scheduled for the first Monday of each month, will know that it’s about the toughest test of golf on the Sunshine Coast.

Golfers play from the daunting black tees, which add 70 or 80 metres to some holes, the pins are placed in cruel positions and, more often than not, howling winds whistle across the links-style course.

But regular visitor Alan Wong, who rarely misses a Black Swan event these days, seems to have discovered the secret of playing this beautiful, but deceptively difficult, golf course. And the answer is to treat it gently.

“When I first started playing the Black Swan I’d hit my driver as hard as I could,” said Alan, who is a member of Ipswich’s Sandy Gallop Golf Club and a resident of the outer Brisbane suburb of Karana Downs.

“The first time I lost seven balls. Then, one day, I forgot my driver and teed off with a rescue club,” he said. “I hit every fairway and didn’t lose a ball. I use the rescue all the time now.”

Alan’s strategy is simple – keep your drive on the fairway, lay up safely, find the green and then two-putt.

Of course it helps if you have a handicap in the mid-20s, but Alan has the record to prove tactics work.

On a golf course where breaking net 80 is considered to be an achievement for most golfers, Alan’s record of consistent excellence is outstanding.

“I enjoy the course,” he says. “I seem to be able to read the greens and the fairways are always firm, which means I get 30m or 40m run. That really helps my game.”

Whenever Alan comes to the Sunshine Coast, he brings with him a group of mates – fellow golf tragics, like himself, who enjoy each other’s company and love playing our courses.

Before discovering the rich appeal of Maroochy River, Alan and his buddies would regularly visit Asia for golfing holidays. But that was before COVID.

The group – sometimes four; sometimes eight – are members of golf clubs like Indooroopilly, Brookwater, Lakelands, Southport and Keperra. They stay at the Mooloolaba holiday pad of one of their number, Robert Gan, and line up early on Mondays for their Black Swan quest.

When they finish their round they make a regular trek to the Maroochydore showroom of Mercedes-Benz Sunshine Coast, where they catch up for a coffee with marketing manager Michelle Evans, who first met Alan when they were teamed together in a corporate event at Noosa Springs.

“Alan’s been a really good friend for a long time,” Michelle said. “He operates a large accounting practice in Indooroopilly and whenever a member of his staff ticks up 10 years’ service, he buys them a car – a Mercedes Benz.

“I’d say he’s bought five vehicles for his staff from us over the years,” she said. “He’s a very generous man and we love seeing him and his friends when they’re on the Coast.”

Alan and his mates have already made a booking for the next Black Swan event on Monday, March 7 and, on the form he’s shown over the past three months, nobody will be surprised if he tames the tough course once again. 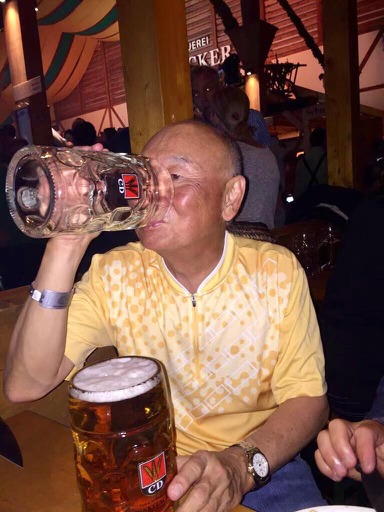 Despite the pic, Alan Wong says he’s not a big drinker, but he couldn’t help celebrating his extraordinary success at Maroochy River’s Black Swan event.

* A big thank you to Peter Owen for this story, originally written for Inside Golf Magazine.