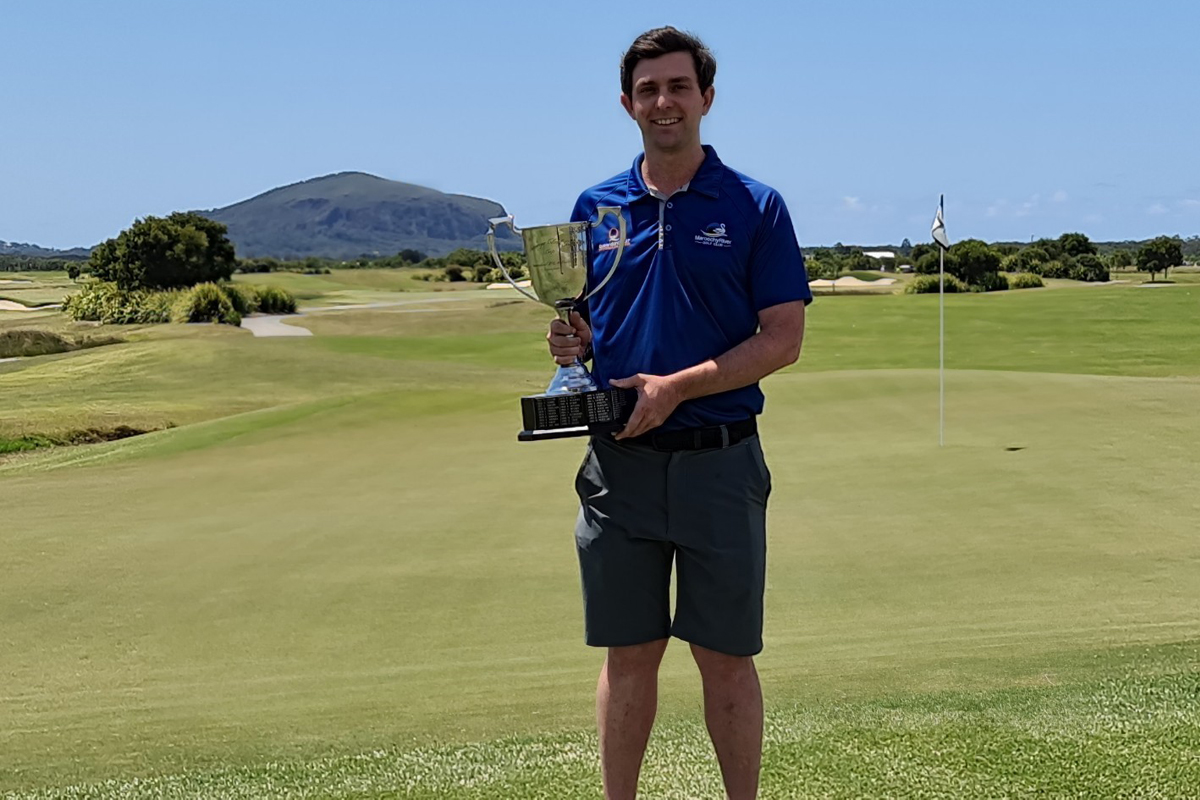 Posted at 17:49h in Competition, Members by admin-maroochy
Share

IT wasn’t a fear of failing that concerned Luke Parker as he took a three-stroke lead into the final round of the Queensland PGA Trainee Championship at Windaroo Lakes last week – it was of not fulfilling his destiny.

“I’d worked so hard to get to that point,” he said. “I’d contended in events before and fallen away. Now, there I was in the lead, and I just didn’t want to let the chance of winning slip through my fingers.”

He needed haven’t worried. The first year trainee professional from Maroochy River, who played his junior golf at Peregian, stuck to his guns for a one-stroke win in an event of enormous significance to young professional golfers.

His story is that of a young man who lost his way after an outstanding junior career, questioned whether golf was a viable employment option, then found his inspiration from a couple of fellow members, wise in the way of playing golf for a living.

“When I joined Maroochy River I was playing terrible golf,” Luke recalls. “I’d lost confidence and really questioned my ability.”

But playing regularly with David Grenfell and Craig Jones – both former professionals who had tasted success on world tours – gave him the inspiration he needed.

“I saw how they played the game and particularly their strategy,” he said. “I began to concentrate on playing, rather than making a perfect swing, and learned how to practice effectively.

“I had some success in A grade pennant, and then I won the club championship. I realised I could play this game.”

“My win in the Trainee Championship gets me into the Queensland PGA next year, and several other events,” he said. “I’ll be seeking as many starts in tournaments as I can get.”

Parker has always dreamed of becoming a touring professional and is confident he’s heading in the right direction.

“My win last week was a vindication that what I’ve been doing is working,” he said. “The hard work is paying off.”

Starting the final round with a three-stroke lead, Parker completed the tournament with a two over-par 74 for a 72-hole total of one under 287.

A double bogey on the second hole levelled the score for the leading duo but a quick comeback from Parker including birdies on holes three and six, followed by a birdie on 13. Not even a bogey on 17 could remove the smile from Parker’s face. His four-round effort was enough to see his name added to the Carnegie Cup alongside the likes of Greg Norman and Rod Pampling.