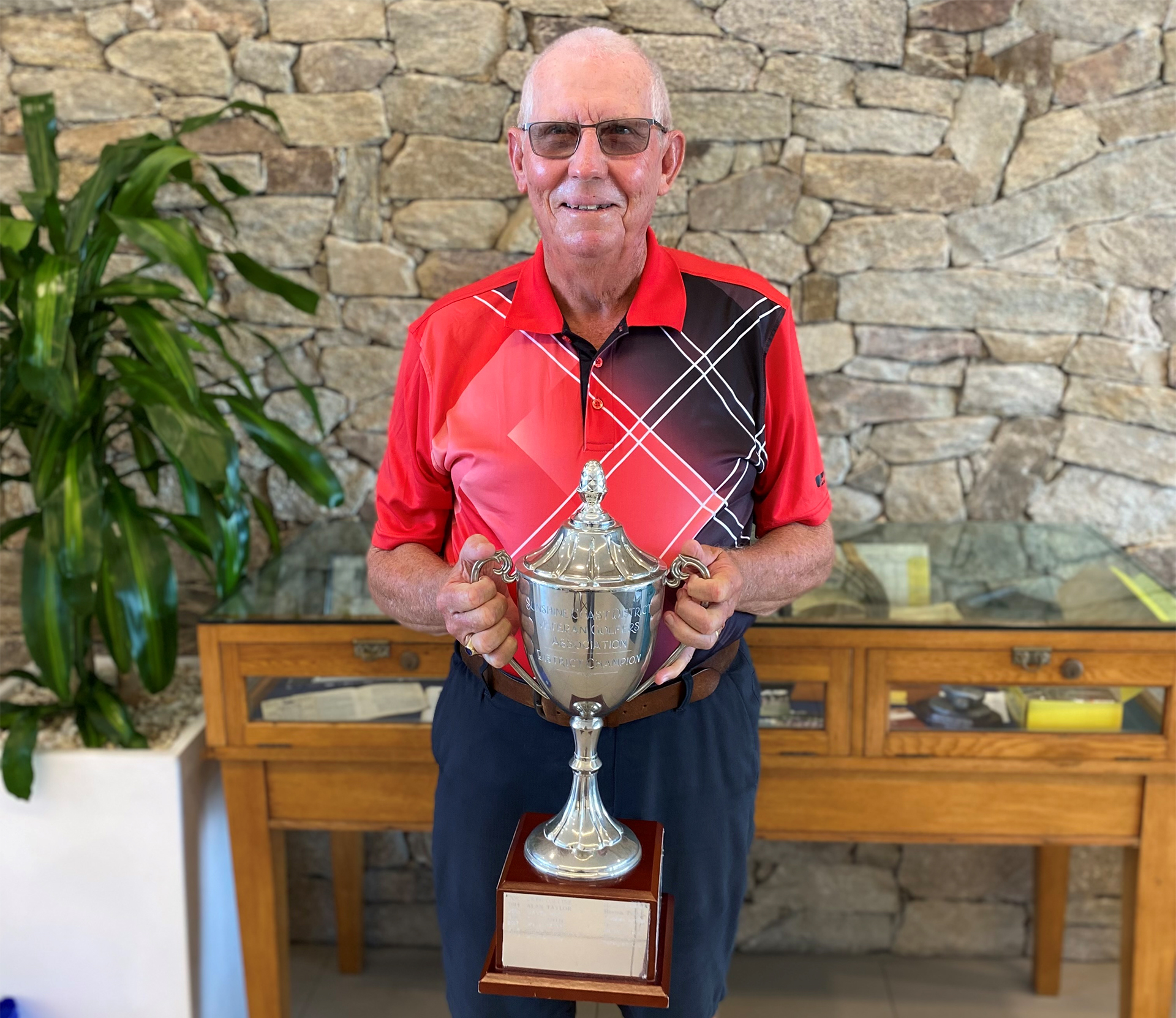 The Vets District Championship was held at Peregian Springs Golf Club on Friday 8th October. The Champion is the best gross score on the day. Congratulations to Big Al who won it for the third time which was a win in each of three decades, 2002, 2014, 2021.

Al’s score was 71 off the stick, 1 over par, breaking his age by 4 shots. The day before in the Vets two day Carnival at Maroochy River, he had 38 points to win A Grade and equalling his age. But because the second day of the carnival clashed with the Zone Championship, he decided to play the Zone game which paid off handsomely.

Madills Toyota put up a car for a hole in one on the 12th hole. The pin was 148M from the tee and Al finished 30cms away. At the end of presentation the Peregian boys decided that because he was so close to the car, they would present him with something to remember the shot. So they gave him someone’s spare tyre for the effort.